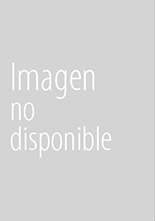 Libro electrónico. ¡Descarga inmediata!
USD $ 2,99
In the first book of the Movements series, journalist Rogério de Campos reconstructs the history of this centuries-old art of narrating myths, fables, exploits, social conflicts, existential chasms or even everyday scenes: comic books. Starting out from 5th-century BC storytellers of illustrated sagas, Campos retraces the course of the language he encountered in the 1827 book Les Amours de Mr. Vieux Bois, by Switzerland's Rodolphe Töpffer, the birth of modern comics. Panel by panel the book parades Sun Wukong, Popeye, Angelo Agostini, Krazy Kat, Wonder Woman, Mad magazine, Hugo Pratt, linus magazine, H.G. Oesterheld, Guido Crepax, Crumb, Alan Moore, Art Spiegelman, Garo magazine, Moebius, Zap magazine, Gilbert and Jaime Hernandez, Marjane Satrapi, Frigidaire magazine, Akira, Taiyo Matsumoto, Marcelo D'Salete... As the author states about the early days of modern comics: "When we start looking into the 19th century, we find talents all around the world. Caran D'Ache hailed from Russia but found in Paris an ideal environment, so great was the number of magazines and artists. London also had its magazines and artists, such as George Cruikshank and George du Maurier. Portugal boasted the talent of Bordalo Pinheiro. And Spain had Mecachis. Anywhere in the world where there were magazines and newspapers, somebody was drawing cartoons and comics. One might even call the 19th century the 'golden age' of comics, so numerous were the talents and innovations". And further ahead, about the place of comics: "They [comics] play a key role in public health by narrating the country's life, by helping to link dreams to the real lives of people." Published in Portuguese and English, the Movements series is edited by the writer Tiago Ferro.